Launched on March 20th 2017 – Stupid Questions for Scientists is a brilliantly entertaining, while delightfully educating podcast hosted by award winning Science communicator Dr Michelle Dickinson.  The podcast brings together top comedians and scientists in a show for grown-ups. Topics featured will include animal intelligence, medicinal marijuana, the science of attraction and more.

Each episode pairs a top scientist with a top comedian, and with Michelle at the helm they explore some of life’s big science questions…it’s informative, smart, and really funny.

“People were always approaching me on the street as a scientist they recognised, and saying ‘Can I just ask you a stupid question?’.  The thing is, they weren’t stupid questions at all – they were great questions, and people didn’t have any way of asking them.  We decided to create this podcast to try and change that!”

Stupid Questions for Scientists is a joint venture between Michelle Dickinson (Nanogirl) and WorldPodcasts.com and with support from Huawei. Recorded in Auckland at the Podcasts NZ studio Dr Michelle Dickinson (MNZM) is a passionate researcher and teacher with a love of science and engineering.

Her background in Biomedical and Materials Engineering have combined her interests to give her a unique insight into how nature and technology can learn from each other for scientific developments.

Currently you can find her as a senior lecturer in Engineering at the University of Auckland, New Zealand and Director of Nanogirl Labs Ltd. Michelle has always followed her dreams and never let traditional stereotypes scare her, she strongly believes that everyone should have access to learning about science and how things work, no-matter what your age or education level.

Michelle strongly believes that science should be open, transparent and a topic of conversation over the dinner table, not just the lab bench, and her vision is to create positive role models in the world that our children can aspire to be like.

With this belief she is passionate about creating new ways for the public to interact with science including her live Theatre Science Shows, science comedy podcast “Stupid Questions For Scientists” and science communication videos.

Michelle loves a challenge, whether it’s her favourite sports of kitesurfing, rock climbing and mountain biking, or working towards finding a new scientific or engineering solution.

Can researching the past help us build for our future?

Can researching the past help us build for our future? In this episode geographer Dr Iain White joins comedian Andre King to discuss how we should build our future cities with host Dr Michelle Dickinson. Discussing everything from the speed of light to the possibility...

If the oceans are warming, then wouldn’t that be good for summer swimming? In this episode physical oceanographer Dr Craig Stevens joins comedian Nick Rado to discuss oceanography and our changing planet with host Dr Michelle Dickinson. Covering everything from how...

Viruses, are they mass murderers trained to kill other living organisms, or can you train them to only target certain enemies?  Senior Lecturer Dr Heather Hendrickson joins comedian and presenter Dai Henwood to discuss the role of viruses with host Dr Michelle... 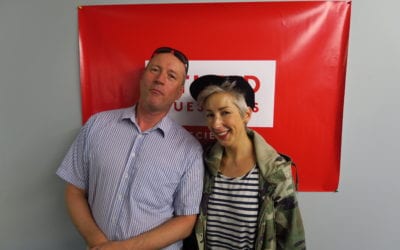 6: Can you use mathematics to win the lottery?

Can you use mathematics to win the lottery?  Senior Lecturer in mathematical sciences Dr Robin Hankin joins actress and presenter Jaquie Brown to discuss maths and statistics with host Dr Michelle Dickinson.  Covering everything from why traffic seems to move faster...

5: Can eating fat make you skinny?

How can a diet full of fat help you to lose weight?  Professor of public health Grant Schofield and comedian Robin Ince join host Dr Michelle Dickinson for a fascinating and entertaining discussion about diet and how what we eat affects our health. For decades, a low...

4: Medicinal cannabis, what is it, does it work and could it be dangerous?

Medicinal cannabis is a hot topic, having been legalised in some areas but not other,the debate is ongoing. So what is cannabis, how can it be taken and what is it's effect on the brain. Cannabinoid researcher Associate...

3: Where on Earth are all the Aliens?

What are aliens, and how would we know if we found one?  Astrobiologist Professor Steve Pointing joins comedian Ben Hurley and host Dr Michelle Dickinson on a journey of discovery starting with his research into life forms... 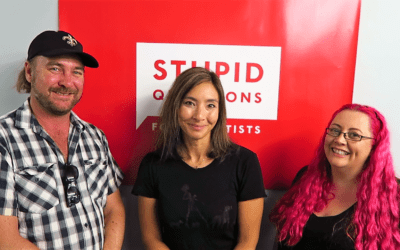 What’s scarier – Bacteria or Viruses?  In a world of deadly infectious diseases, which bugs should we be more scared of and can we protect ourselves from a potentially deadly disease? In this show Microbiologist Dr Siouxsie Wiles and comedian Jeremy Elwood join host...

1. Are humans really the smartest animals in the animal kingdom?

Are humans really the smartest animal in the animal kingdom, and how do we measure intelligence anyway? In this show, evolutionary biologist Dr Alex Taylor and comedian Jeremy Corbett join host Dr Michelle Dickinson to talk about the different types of...